Ultra Fred was my first major game project. I've always wanted to create a 2D platformer in the classic pixel art style.
The game should have a small story. Fred, our main hero, regains consciosness after being attacked by monsters on a walk in the woods. He immediately notices that half the globe has been devastated by the monsters and aliens. Without really having a choice, Fred faces his fate. Equipped with several guns that can be found during the game, it's all about kicking the aliens in the butt.
Funny dialogues, excessive use of blood and enemies who look like a big alien poop, should show that the game does not take itself seriously. The player should have fun.

Ultra Fred was created with Construct 2, an engine based on HTML5 and Javascript. That means, the game is platform-independent and could be played in every browser without an installation. 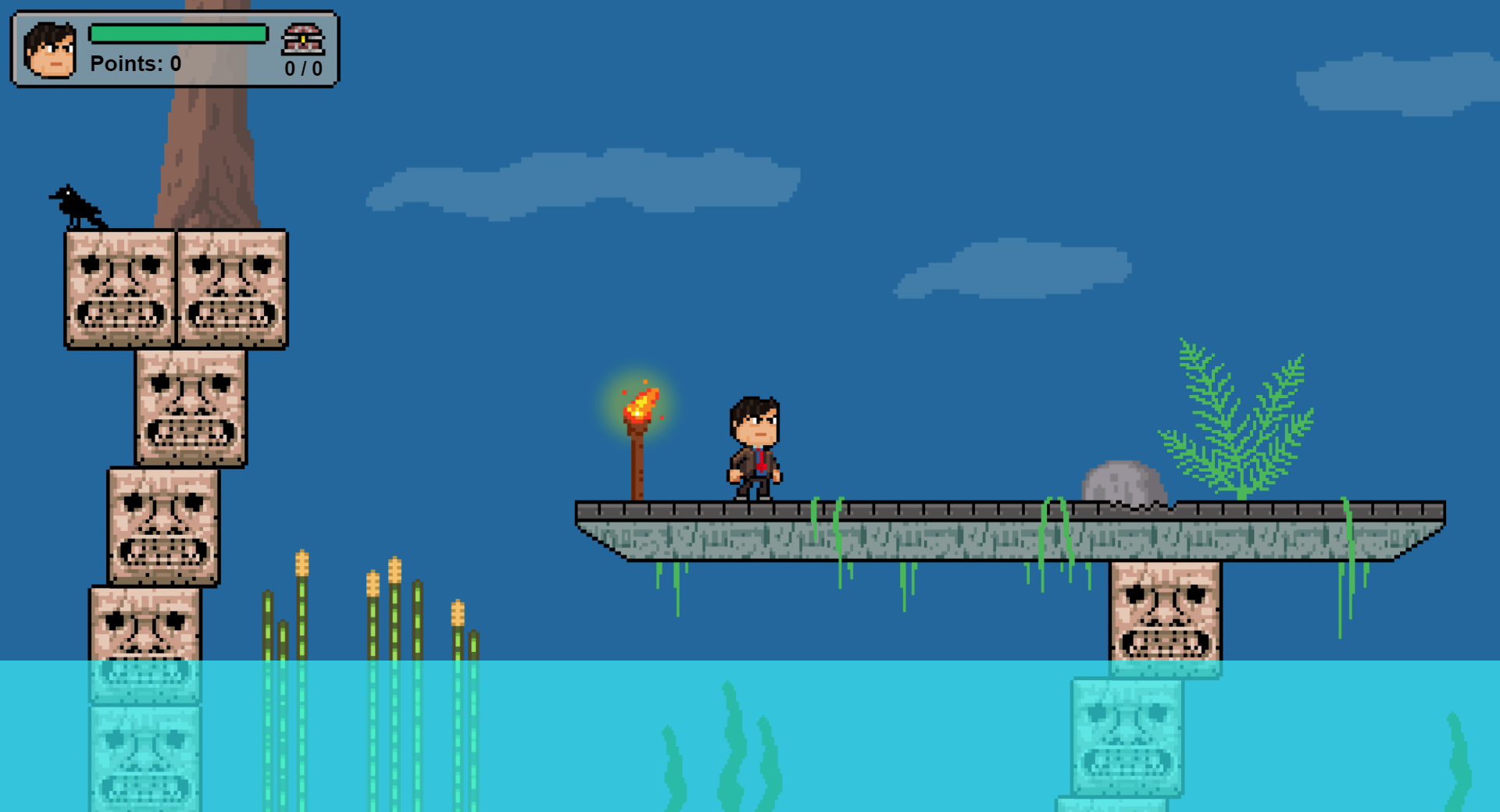 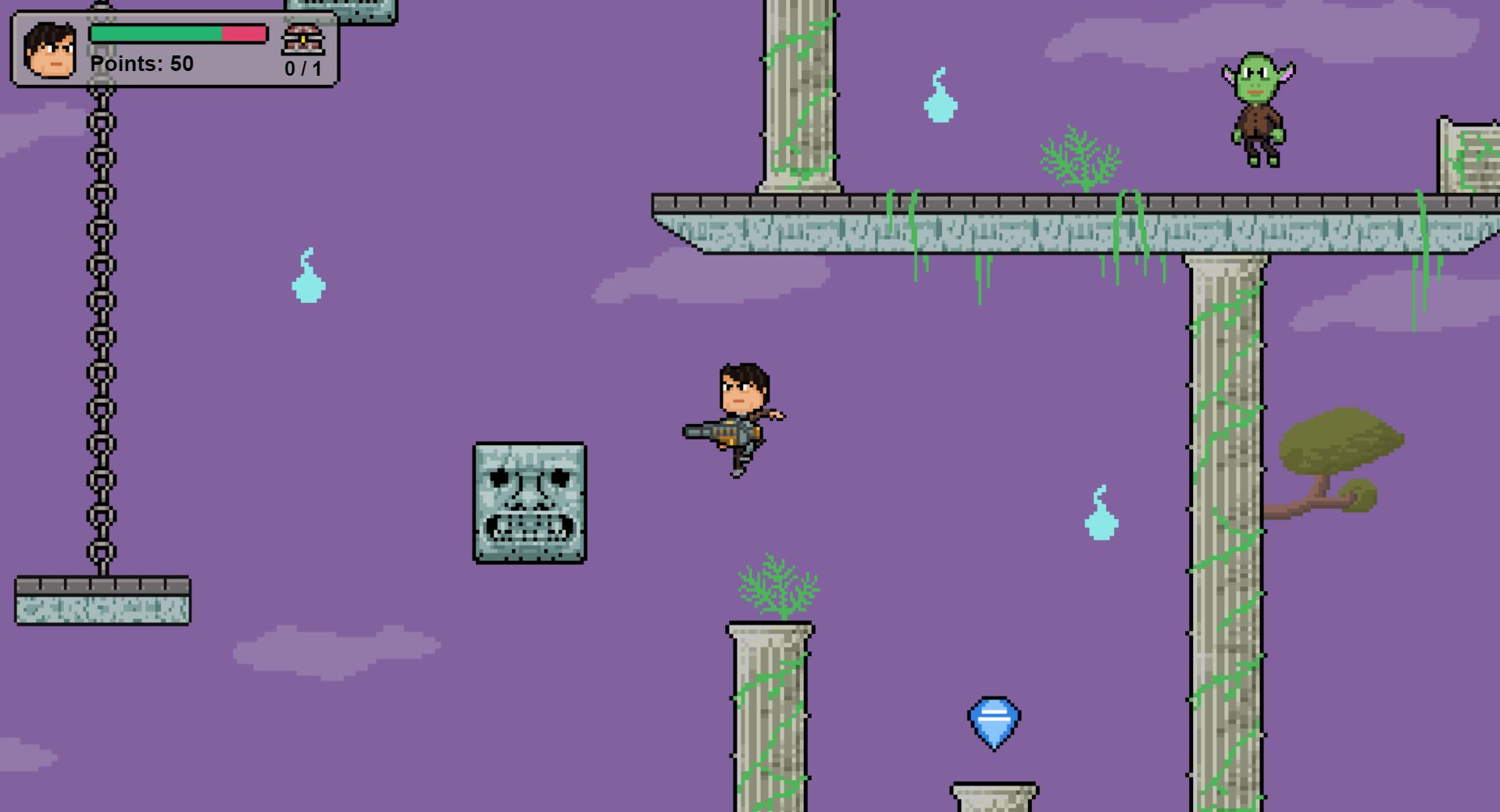 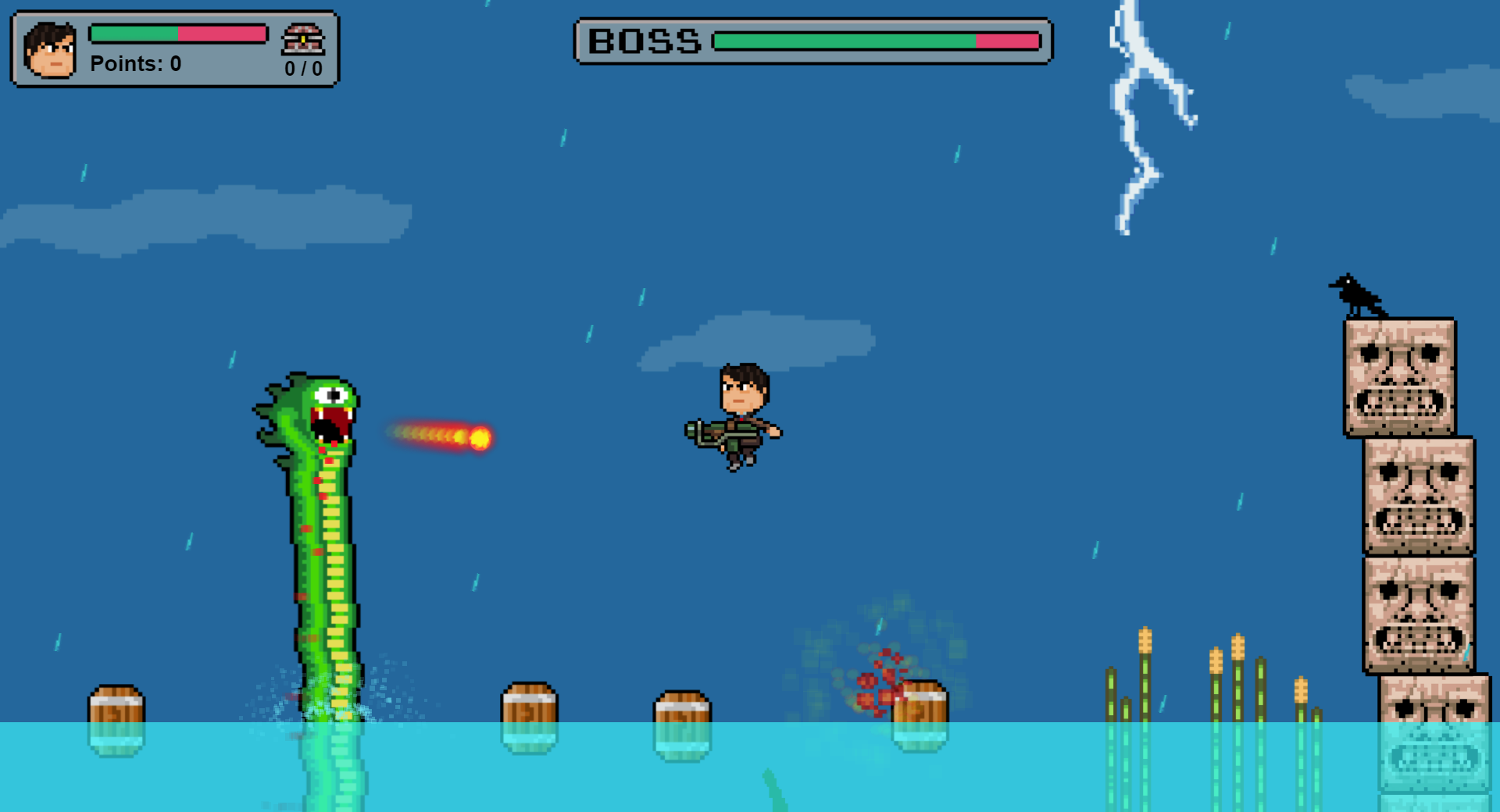 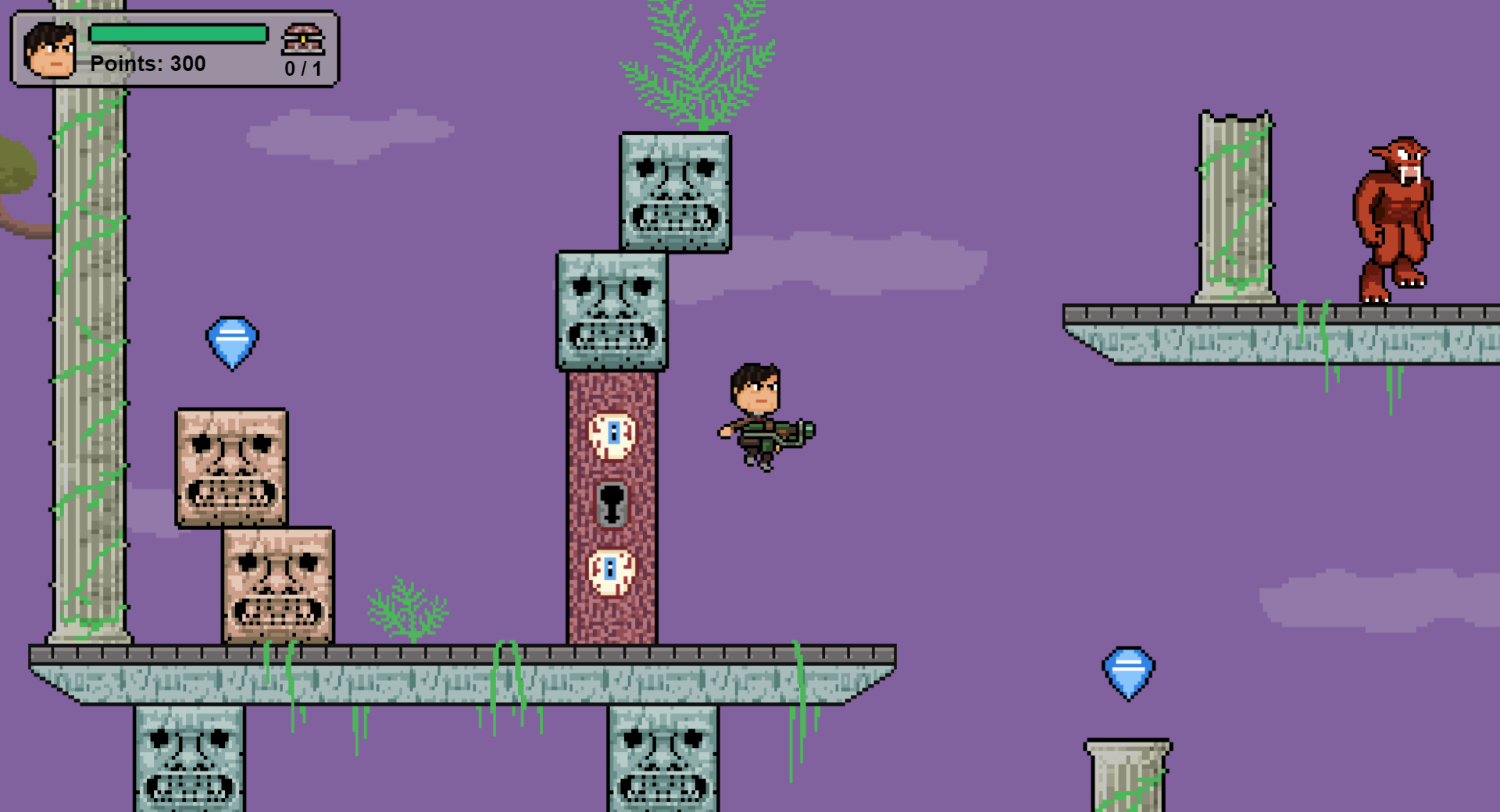 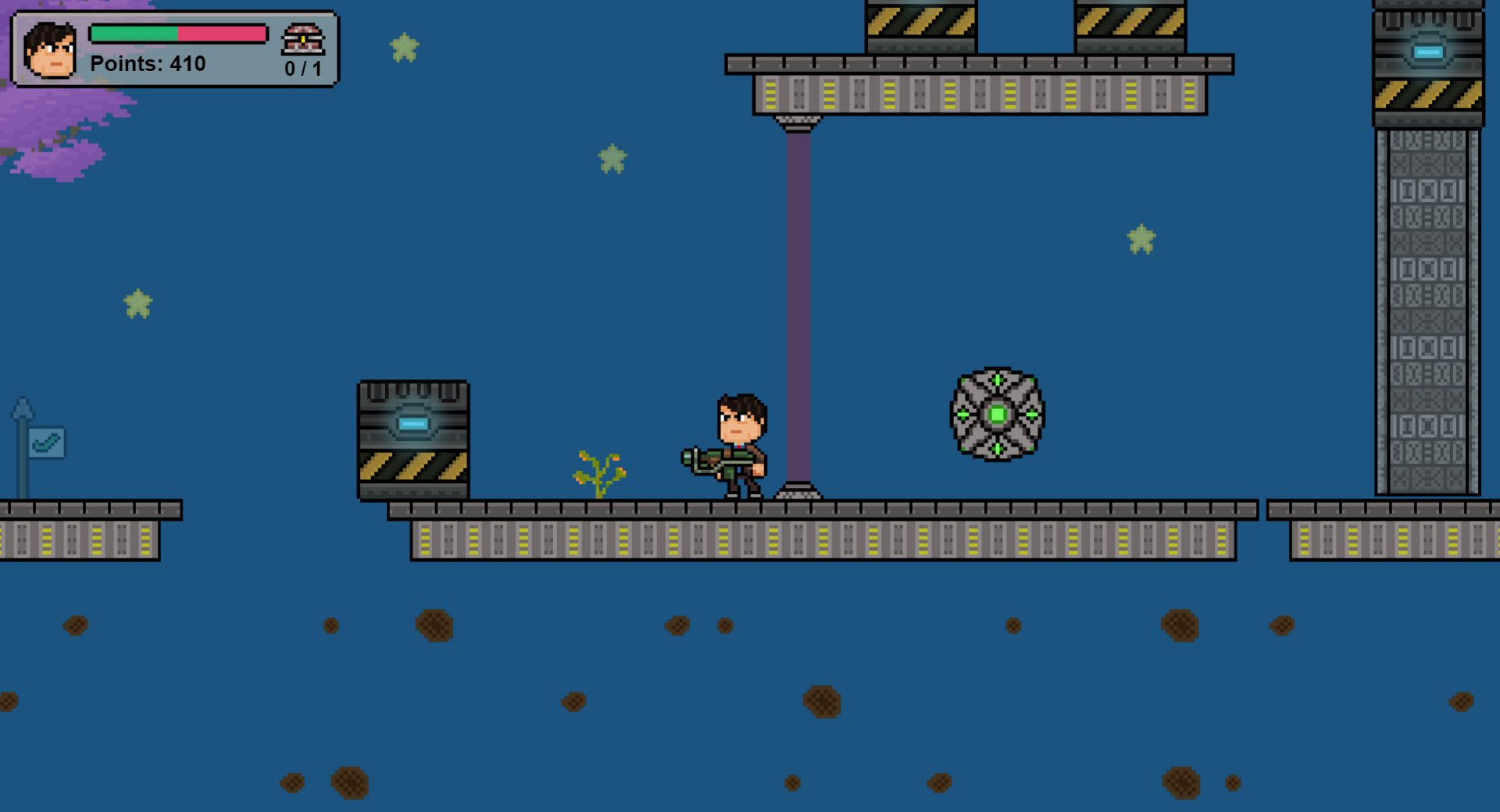