During the realization of the project A long forgotten Story, I would have liked to use a rock generator tool in Unity. Unfortunately there was no suitable product that met my needs.
Rocks are required in almost every video game. They can be used to create a level border or just for decorative purposes.
In order to do something good for the Unity Community and to expand my programming skills, I decided to develop a new tool to generate rocks and gemstones directly in the engine. The tool was too extensive to be completed alone in the desired time, so it was realized in a team of two. I was responsible for the design and the programming of the user interface, implemented ten different Shader Graph materials, tested and documented everything and wrote a detailed user manual.
The 'Rock Builder' tool was designed, programmed and published in a period of 5 months and took place as a part of my bachelor thesis.

Up until now I mainly created cartoony looking 3D models. My classmate told me about the awesome sculpt possibilities in Blender and after months of working with ZBrush at school, this was the perfect time to try out something new. Creepy deep sea fishes are one of my favorite animals. Their alien-like shape leaves a lot of room for creativity.
I started with a normal sphere in Blender. Details, like the fins, were created quite easily thanks to different sculpt tools.
Afterwards I created a lowpoly version and baked the maps. The final model has about 10k Tris.

Everything was textured in Substance Painter. The final result should remind of a scary sci-fi anglerfish with long teeth like those of Nosferatu. 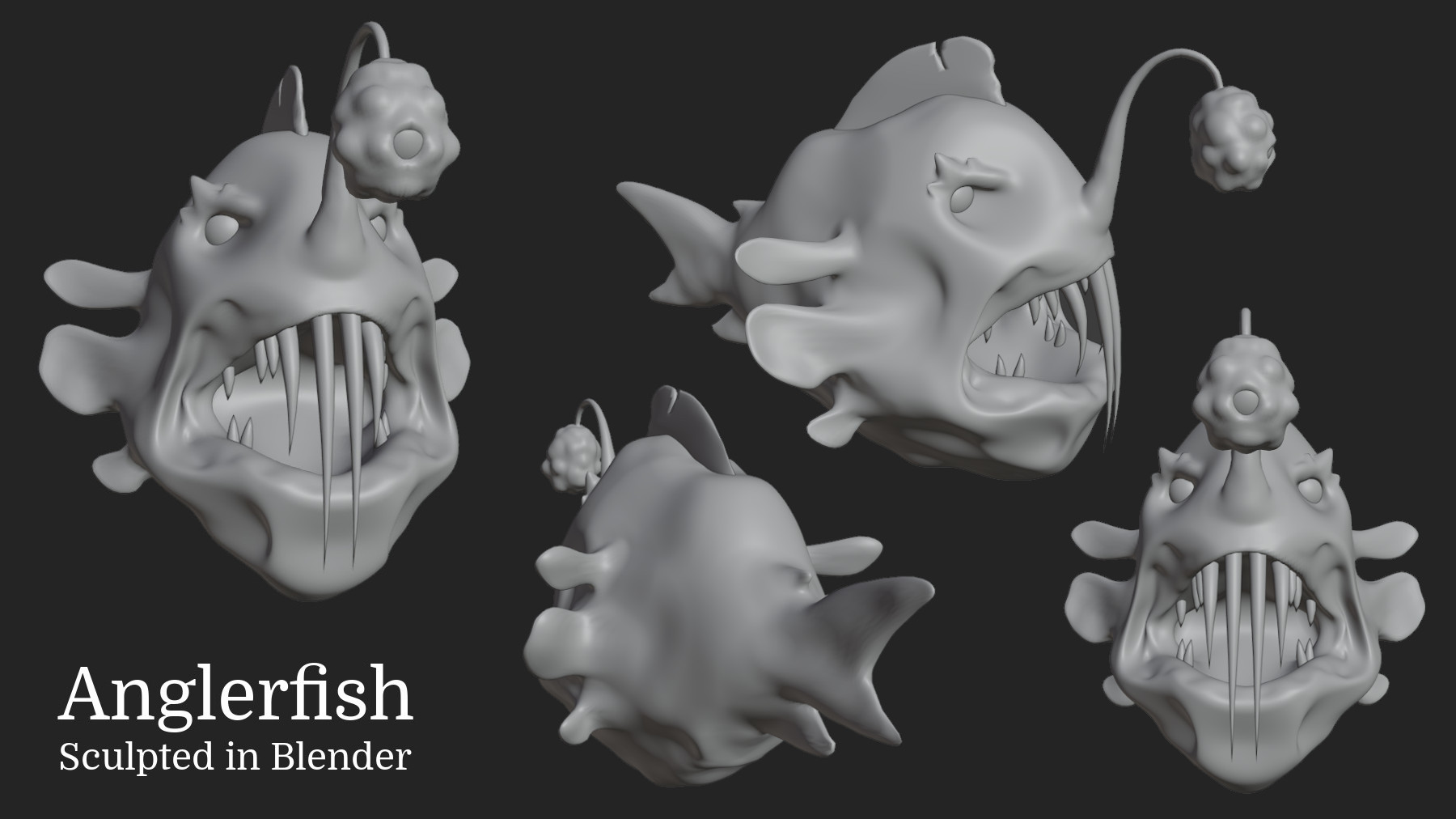 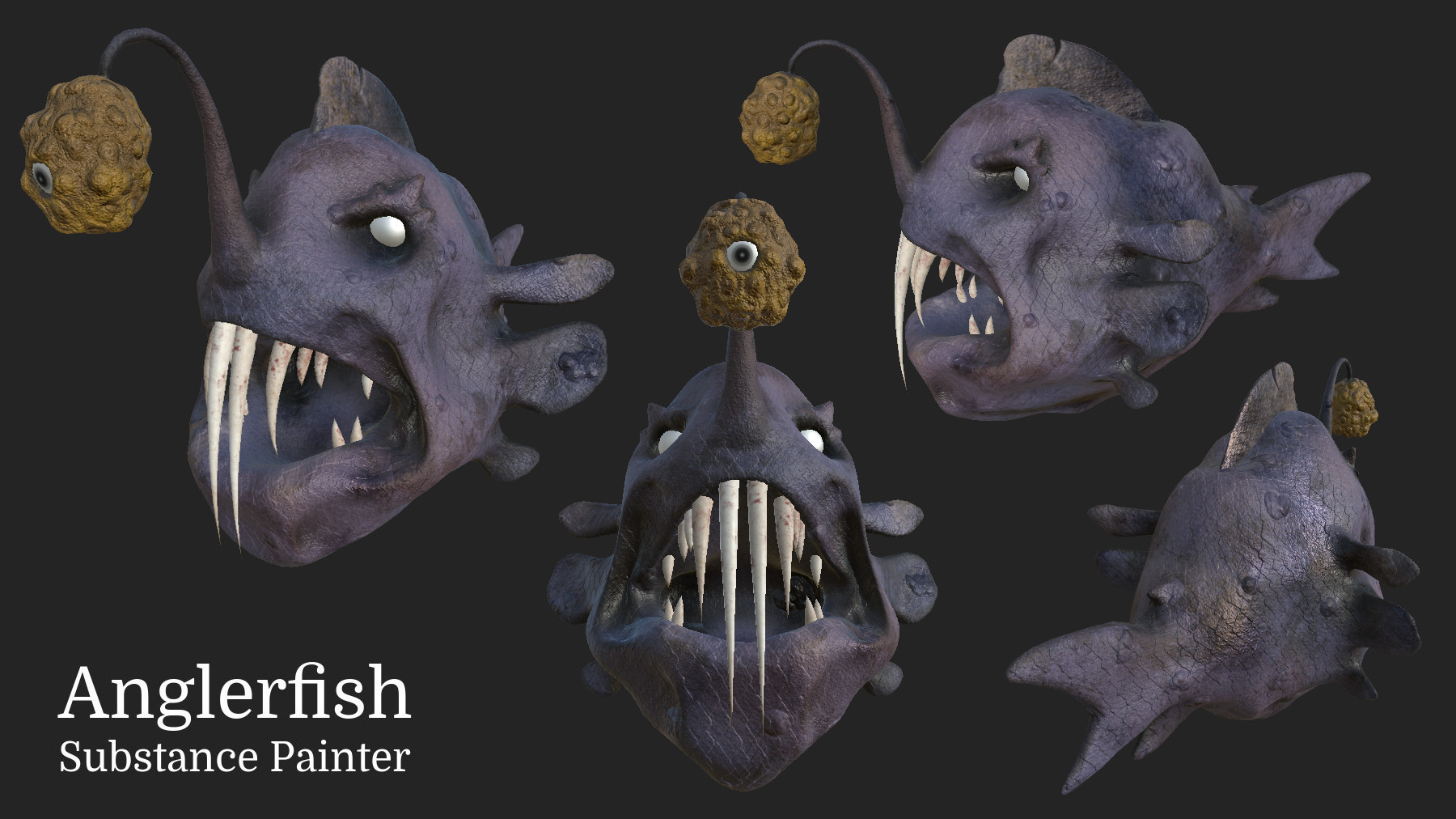 In a team of two, we designed a small burial chamber. All the details, like the hieroglyphs on the sarcophagus, were baked into the normal map. We created the high poly models with ZBrush and textured them with Substance Painter. The screenshots were taken in the Unreal Engine.

The focus of this school project was clearly on the assets mentioned above. The room (burial chamber) was only created to give the whole thing a bit of atmosphere. 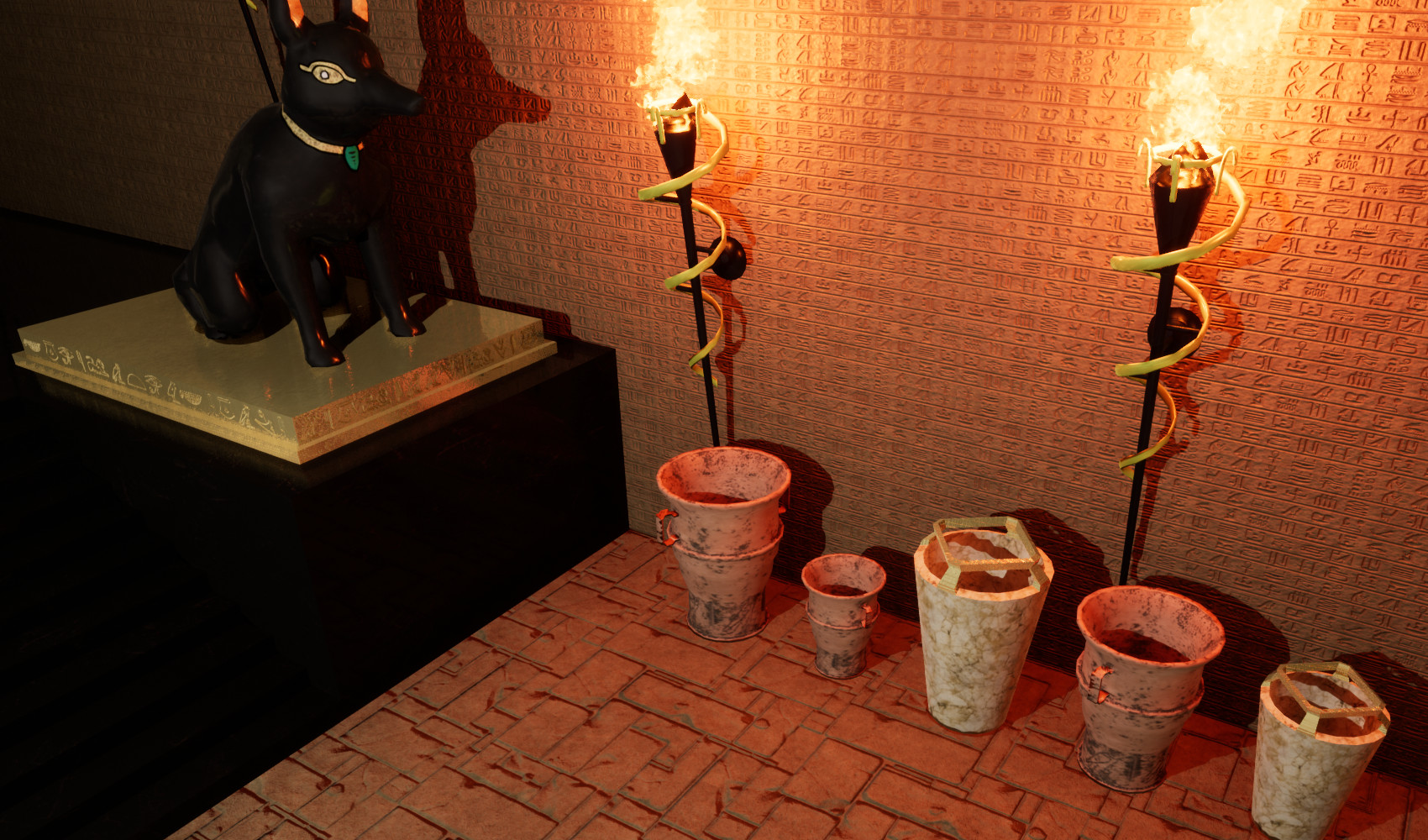 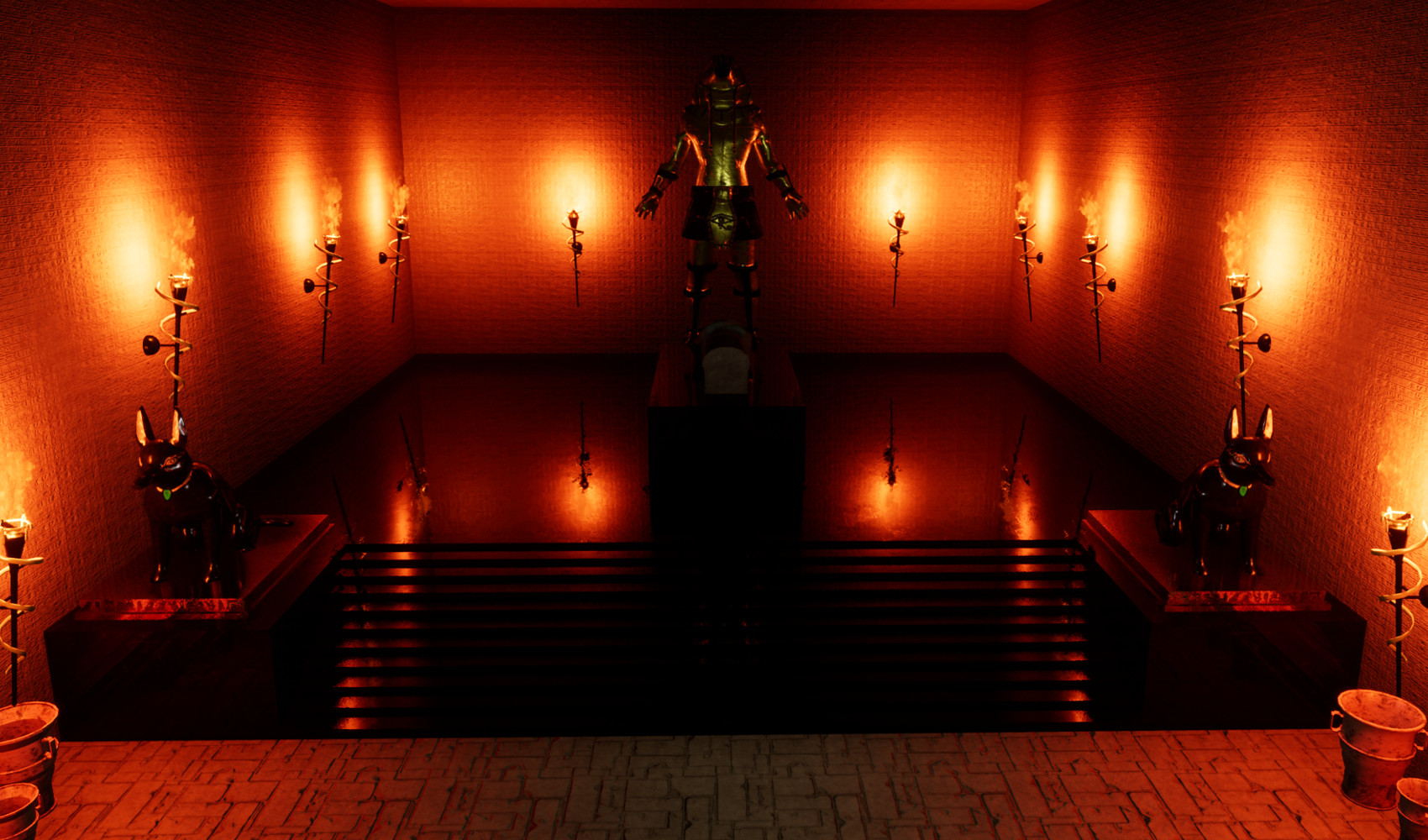